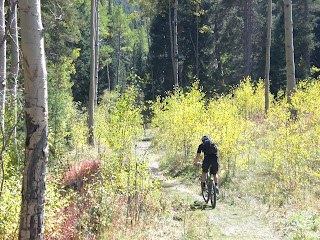 As the leaves change, so does the bike riding. As a "roadie" if you don't go to Europe to race in September, your season is over. The saying goes, "the race season ends and the drinking season starts" (does the drinking season ever end?). For me, the race season ends and the time to try and do new things starts. This is where stress free mountain biking and cross racing come in.

I have a sweet new Fuji cross bike that I have been riding and will attempt to race on. So far, I have been successful at crash testing it (it has held up well). 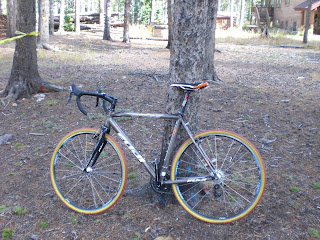 The first test was in Breckenridge on Sunday.
-One race
-One crash
-One win! 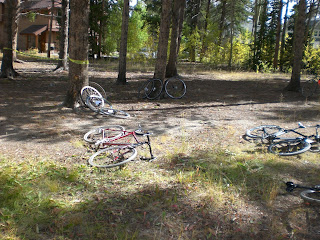 The next test is in Vegas.
Tomorrow.
Posted by AP at 4:39 PM