Though I'm going on my 6th year of bike racing, the first race of 2010 proved to be an interesting one. Now thinking back on it, and talking about Redlands, I keep finding myself starting sentences with "I've never...".

-I've never raced a time trial knowing exactly how long and how many watts it took to do same race the last time I raced it.
-I've never won the Queen of the Mountains Jersey 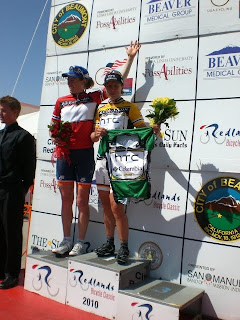 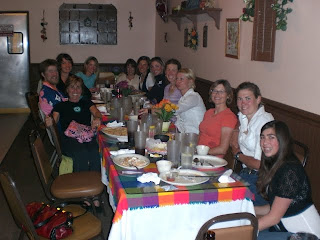 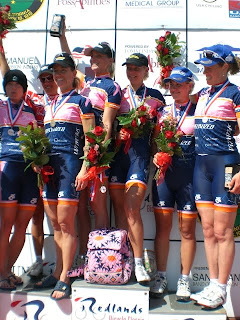 What an awesome list of "I've nevers" (well, except for the teammate~hope she's feeling better) that turned out so well. Your positive attitude about even hitting a barrier is awesome, Alison. Great racing.